“This, people, is true love”: See viral PHOTO that is burning up the Internet

A photograph showing a man teaching his wife (or perhaps girlfriend) how to read the alphabet has gone viral this week, with many touting the image as a shining symbol of love and dedication.

Reddit user sho3 posted the heartwarming image on the social news site on Thursday, with the caption: “I was sitting next to this couple at Starbucks this morning, this man John was teaching Linda the alphabet. He told us that she lost her memory and was re-learning how to read. Patience, love, and understanding at it’s finest.” The photograph has since been viewed more than 1.4 million times. 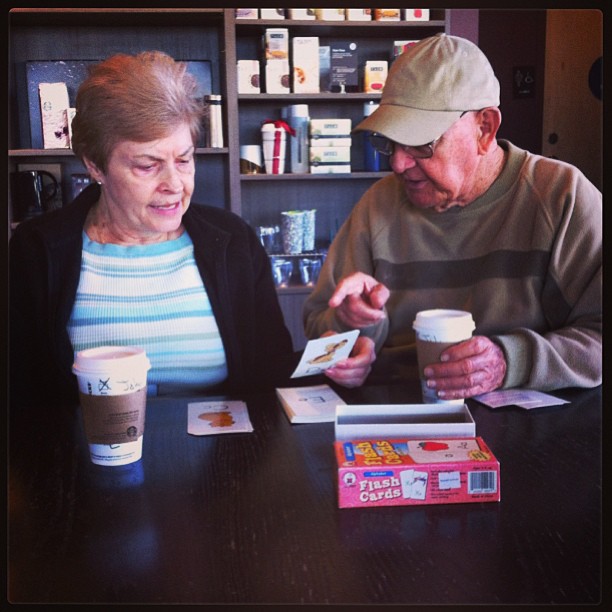 Though a lot is as yet unknown about the loving couple (attempts to contact Redditor sho3 have been unsuccessful so far), many users on Reddit and Imgur, where the photo was uploaded, said that the picture has deeply moved them.

“It’s excellent that her husband has the patience to work on this with her,” said Reddit user coolhandlucas, who identified himself as a speech-language pathologist, and said that the woman in the photo had perhaps lost the ability to read due to a stroke or dementia.

“I often recommend exercises such as these, but compliance within families varies widely. This is exactly the sort of thing that I’d like to see with a client, and it’s heartwarming to see such a successful partnership,” he added.

Last month, another photograph of a loving couple went viral on the Interwebs. Pictures of a couple who had been together for 60 years were also viewed more than a million times after they were posted on Reddit. One of the photos was of the happy couple on their wedding day, while the other showed the pair sharing a tender moment decades later after the husband had been hospitalized.

“They were in the deepest kind of love,” 23-year-old Colleen Muldoon, the couple’s granddaughter, told The Huffington Post in December.