Three bizarre Chinese sex education videos offering advice for children on how to avoid being molested have gone viral.

The three one-minute hand-drawn animations tackle questions including ‘where babies come from’, ‘why boys are different from girls’ and ‘how minors can prevent molestation’.

In a country where sex education is still a controversial topic, the animators say they want to give children basic information. 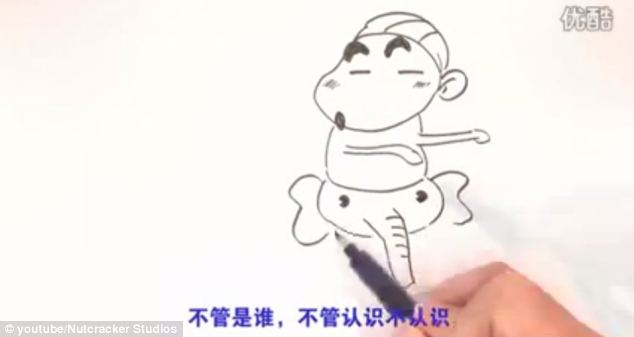 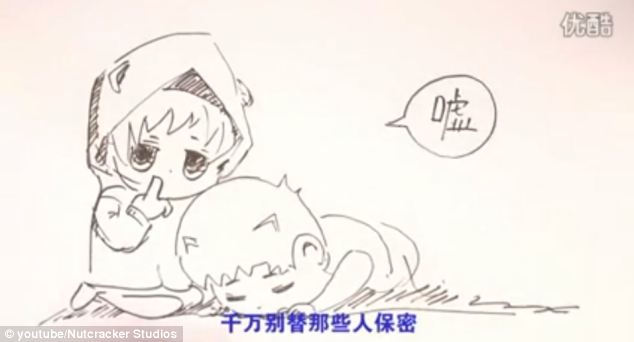 The videos were released last week and became an immediate hit in China and have already been viewed more than one million times.

The cartoons’ creator, Zhao Yilong, said he was spurred into action after a series of molestation scandals in China.

He told China’s state-run Xinhau news agency: ‘Children are curious about sex, so we wanted to explain it clearly in a cartoon.’

A study released this year by Chinese newspaper the Beijing News and charity the Maple Women’s Psychological Counselling Center found that fewer than one in five parents had told their children how to ask for help if they felt they were being victimised. 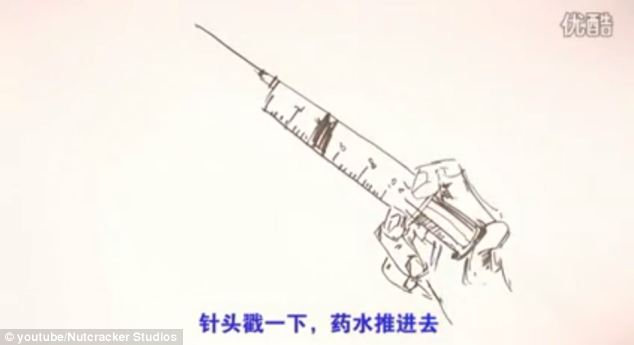 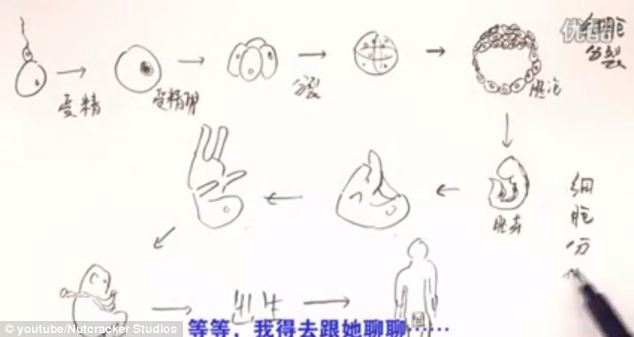 The cartoons debunk myths, including a common one that babies come from garbage dumps, and explain how they originate from sperm and eggs

The survey of 1,100 parents found that only one in three said they had told their children about ‘private parts which no one else can touch’.

Of the 107 six to 14-year-olds surveyed, 38 per cent showed complete ignorance about protecting their bodies.

Mr Zhao also hopes the metaphors used in the animations – funded by technology site Guokr – will give adults advice on how to broach the topic.

In China, a common reply to the question of where babies come from is they were ‘picked up at a garbage dump’. 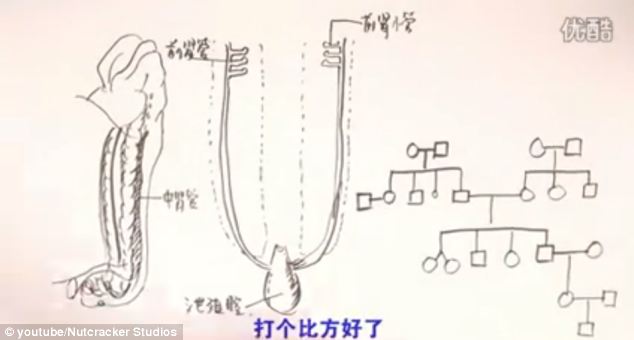 In another it compares male and female genitalia to plugs and sockets and says insemination is similar to an injection.

Liu Wenli, who researches children’s sex education at Beijing Normal University, told Xinhau that the popularity of the three cartoons shows the dearth of information in the country.

He said: ‘The internet has become an effective tool for sex education but it cannot replace the roles of parents and schools.’

There are growing calls in China for better sex education in schools.

A survey this year found 90 per cent of parents support teachers giving information in the classroom.

However, only about one in 1,000 secondary schools in the country provide it, according to Tea Leaf Nation.