Monster: Teacher jailed for having sex with underage students after luring them into ‘secret society’ (PICTURED) 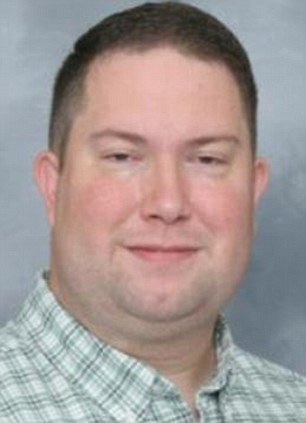 A 41-year-old former Bible teacher who sexually assaulted two teenage students after luring them through a ‘secret society’ based on the occult, Christianity and Freemasonary has been sentenced to 12 years jail.

‘I am not a monster. I do accept full responsibility. I offer no excuses,’ he told the court during his sentencing yesterday, according to Fox 29.

‘I think it [the assault] is something that’s going to hurt them for the rest of their lives.’

Rosseau received deferred adjudication probation for two additional counts of sexual assault of a child, a second-degree felony that carries a punishment of up to 20 years in prison.

According to court documents, the ‘secret society’ was revealed in October 2009 when Rosseau tried to recruit a third girl into the group.

But when she balked at the offer and tried to reveal the secret society to students at another school, the group’s two existing ‘members’ attacked her.

mySanAntonio.com reported police were called to the school.

That’s when the girl told authorities that Rosseau was trying to enlist her in the group and accused him of having sex with the other two teens, according to an arrest affidavit. 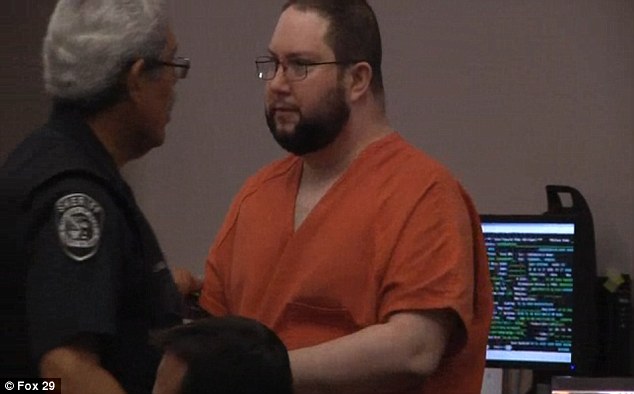 Troubling: Former teacher Robert Louis Rosseau, 41, was sentenced on Thursday to two concurrent 12-year prison terms for having sex with two underage female students after luring them into his ‘secret society’ based on magic

The girl said the other teens told her that Rosseau had seen both of them nude and also told her ‘this was a part of the trust that was needed for the ‘order’ to operate’.

The girl told police Rosseau talked to her for about an hour at Medina Lake vacation home, explaining the ‘society’ was based on Christianity, the occult, magic and Freemasonry’, according to Chron.

Rosseau told her he was a ’38th degree mason, and he needed to add a third person into the ‘society’.’

Two weeks later, one of the two members of the group told her parents Rosseau had been sexually assaulting her since January 9.

She said the other teen, who refused to talk to police, persuaded her to join the society which was ‘geared to help mankind’.

Police said Rosseau would read Bible passages to the girls while sexually assaulting them.

In later interviews with police, the other girls told officers they had smoked marijuana and salvia from a pipe as part of the society’s rituals.

Meanwhile, a relative of one of the victims said the girls had been given a ‘life sentence’ because of Rosseau’s actions.

‘We just want to make sure he knows that we know how dangerous he is,’ the woman told
Fox 29.

‘We know how manipulative he is. We know he is someone we will never trust nor should anybody else trust.’

Rosseau has been held in the Bexar County Jail for the past four years which means he is eligible for parole in two years, according to Fox 29.