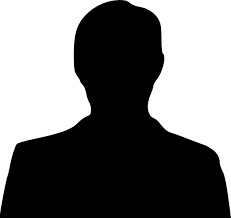 I’m not going to explain why or how I became atheist, or tell you why you should too, or point out the flaws in your religion and what not. No. I’m going to focus more on certain misconceptions people have about Nigerian Atheists…


I can’t remember the first time I came across the word “atheism” but I couldn’t have been more than 10 years old as I was still in that stage of my life where I could comfortably sit down and entertain myself by reading the dictionary, discovering new words that I didn’t imagine would one day apply to me. My computer’s Encarta dictionary describes atheism as “unbelief in God or in the existence of deities.” Simple enough, right? No really, it’s actually simple. I don’t believe in “God,” that’s it. Well, that’s not just “it,” of course, I also resent several things about the world and our desperate and sad need to cling to delusions but that’s not really the point I’m trying to make here. I’m not going to explain why or how I became atheist, or tell you why you should too, or point out the flaws in your religion and what not. No. I’m going to focus more on certain misconceptions people have about Nigerian Atheists (both words capitalized because we’re clearly a special breed indeed.)

First of all, I didn’t “decide” to become atheist. A lot of people seem to believe that there are people who turn to atheism because of some form of “anger” at “God” or the world. To this I say… I don’t even know what to say. Maybe there are people who do that; wait, what am I saying? Of course there are people who do that. But that isn’t atheism. Belief, or lack thereof, runs far deeper than any choice can allow you, or I make. For example, I know drinking milk will make me throw up, seeing as I’m lactose intolerant and all, so no matter how much I try to convince myself that it won’t, deep down, I still know it will. I prefer to liken it to how human beings can’t kill themselves by holding their own breath. Ever heard about that? You literally can’t; you will either give up because it’s too difficult or pass out, at which point your breathing will continue, regardless of your own volition. No matter how you try to convince yourself that you can hold your breath till you die, your brain knows it needs oxygen to survive, so it will force you to breathe. You can’t change what you know deep down. You can’t “choose” to not believe in God if you really do deep down. Similarly, the reverse is the case for myself, and a lot of atheists in general. I tried to kill myself by holding my breath; I tried to convince myself I believed, but deep down, I didn’t. I knew I didn’t, and that I never had. The only “decision” I made, was to stop lying to myself about it.

I am not “angry at God.” I can’t be angry at what I don’t believe in. I do harbor some anger, yes. But more at the world and the deception it’s perpetuated. At the anguish the world has inevitably cursed so many people to endure when they realize that they genuinely don’t believe in this thing they’ve been told all their life that they have to. Yes, many atheists go through crises of faith too. Well, sort of. It usually involves realizing that you’ve never really believed, and scrambling to church as frequently as possible, trying to convince yourself you buy into everything that’s going on around you and what everyone says. In the end, it’s up to you to decide whether or not you want to admit the truth about yourself, to yourself.

I do not “look down on” religious people. On the contrary. I wish I could be like religious folk. Life seems to be a lot easier for that lot. I mean, do you know how wonderful life would be if I could just pray and honestly, genuinely believe that would make all the wrong things right? Unfortunately, I can’t.

I do not “have to respect” your “faith.” I see a lot of Christians (generally on Twitter) say things like “you’re atheist, we’ve heard, now leave our religion alone”. I can only laugh. I’m generally very respectful of other people’s faiths (if only they could be as respectful of my lack, thereof, but I digress) but that’s because I choose to, not because I “have to”. I don’t believe in what you believe in, so if I want to mock it, I will. I mean, no one harasses you about making jokes about Santa Claus, right?

I did not “run away from God” because I needed an excuse to “do bad things.” I don’t “fornicate” or drink or smoke or party or do any of those “bad” things generally associated with people my age. As a matter of act I’m pretty much the “holiest” of my friends. I also didn’t “leave the church” because of hypocrites or dishonest pastors or any of that; I just made a decision to admit to myself I was never really a part of the church.

I do not “talk bad about Christianity because it’s easy.” I don’t talk badly about Christianity at all, actually. A lot of atheists do, of course, to which the default Christian response seems to be “why don’t you leave us alone and go talk about Islam?” Because, you know, the Bible teaches to throw other people under the bus, and the response the Jesus you all claim to believe in would have given to an attack would totally have been “go attack someone else” as opposed to willingly sacrificing himself. Anyway I’m not going to get into how it goes against the very essence of what Christianity is supposed to be about, to make statements like “go talk about Islam.” Instead, I will say this; atheists who talk about Christianity are the ones who were exposed to Christianity growing up, simple. I’m not going to spend my time deconstructing Islam when I’ve had no experience with it. Although I can see why even people who have had no experiences with Christianity would choose to “attack” it; I mean, the church on my street and their bizarre need to disturb everyone with their blaring speakers could make anyone fantasize about going on a hate-crime spree.

I do not “hate Christians”. I don’t hate anybody, actually. Well, except stupid people, but that’s a different case entirely. I also can’t stand hateful people, which I guess is kind of ironic – hating people because they’re hateful, but I accept that.

Ishola Alolanle Fatai is a thinker and a worrier, and that’s all you need to know about him.

30 Days, 30 Voices series is an opportunity for young Nigerians from across the world to share their stories and experiences – creating a meeting point where our common humanity is explored.