This is not from a movie scene or anything close to fiction.

According to his parents Greg, 40, and Heather Howell, 38 from Napels, Florida, Elijah started talking in full sentences at 10 months old and would speak to his dead grand parents.

Mrs Howell said that the infant went on to correctly predict her miscarriage and that she would later give birth to twin boys. ‘I found it so spooky, but not in a negative way,’ she exclaimed.

Recalling the incident, she continued: ‘While I was pregnant Elijah said, “Mommy, your baby is going to go with God.”

‘I said “Don’t say that Elijah, don’t say things like that”, because I was scared because he knows things.

‘I did miscarry a couple of days later and he kept stroking me and telling me it was going to be OK. 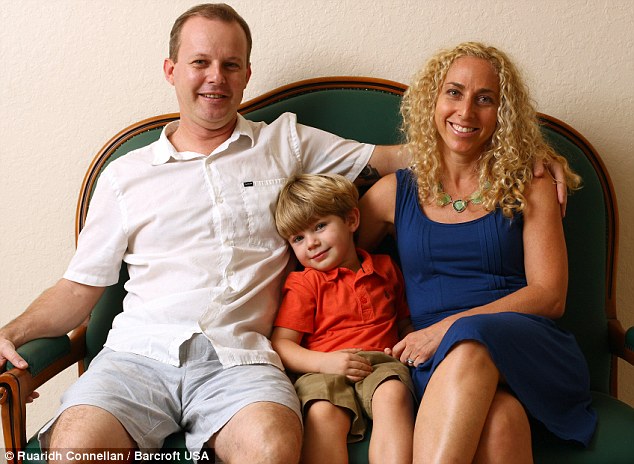 Cause for concern: Heather and Greg Howell from Naples, Florida, said they noticed their son’s unusual behavior from a young age 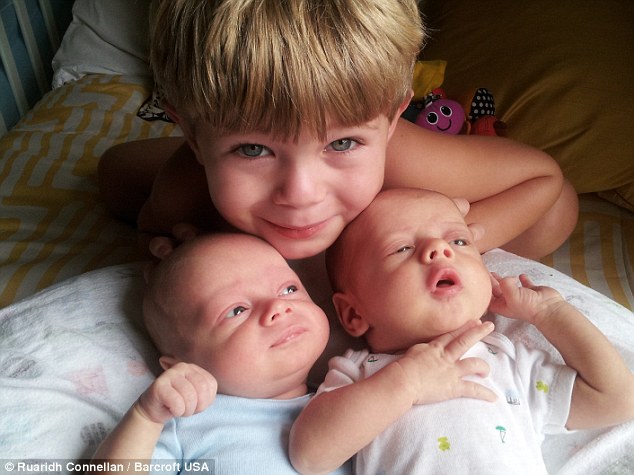 Seeing into the future: Mrs Howell said that Elijah correctly predicted her miscarriage and that she would later give birth to twin boys (pictured)

‘A while later he said, “Don’t worry mommy, you’re going have two babies and they’re two boys”, and in my head I thought he just wanted brothers.

‘Months later we ended up finding out we were having twins – and that they were boys.’

The Howells called upon psychic expert, Denise Lescano, to determine if Elijah was really seeing spirits or displaying signs of mental illness.

During her visit with the family Ms Lescano communicated with Mrs Howell’s dead grandparents to get to the bottom of the mystery. 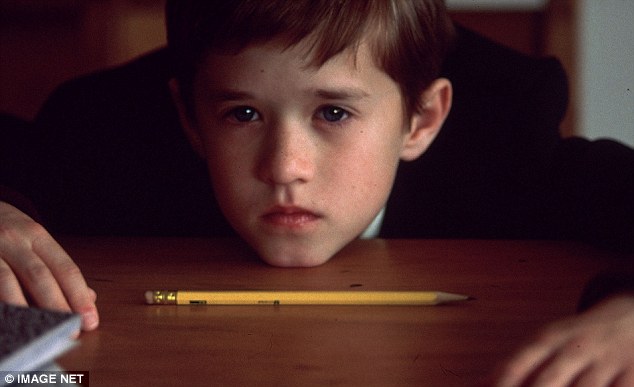 Supernatural powers: The 1999 blockbuster, The Sixth Sense, tells the story of Cole Sear (Haley Joel Osment), pictured, a troubled, isolated boy who is able to see and talk to the dea

She discovered that Mrs Howell’s mother, Elijah’s grandmother, was the one who delivered the message about the miscarriage and the birth of the twins.

‘Elijah displays all the signs of being a very gifted child with the ability to connect with the spirit world,’ Ms Lescano said.

‘He has a very strong sense of having lived before and speaks of past lives.’

Ms Lescano left the Howells with instructions about how to handle their son’s interactions with the spirit world.

Mrs Howell concluded: ‘I feel much more at ease now after Denise’s visit, she’s given us a lot to think about. 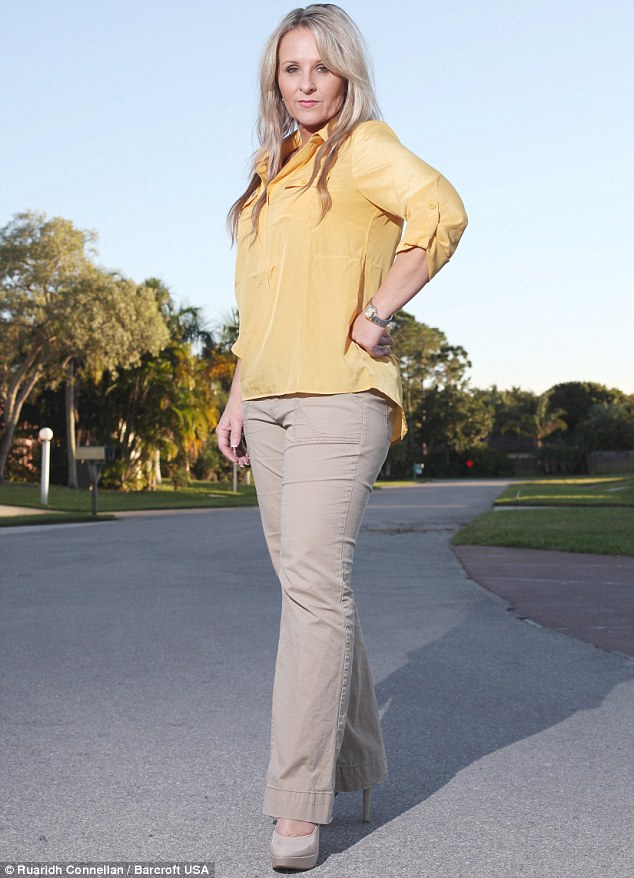 The Howells called upon psychic expert, Denise Lescano (pictured), to determine if Elijah was really seeing spirits or displaying signs of mental illness – she confirmed that the younger does have sixth sense

‘We’re all looking to Elijah to see how his gifts develop and can’t thank Denise enough for sharing her gift with us.’

As well as working with families, Ms Lescano, who believes she has been psychic since the age of nine, has spent years helping police solve murder and missing persons case using her psychic ability.

She says her goal in life is to get rid of the fear and skepticism around what she does, adding: ‘This is not a scary thing, this is a very healing and comforting thing.


‘When I am able to help them and really pinpoint what is going on, it is incredibly validating and relieving for the family.’