The YBNL singer topped other acts such as Humblesmith and Ycee in the keenly contested category at the awards which held on Sunday, September 4, 2016 in New York

According to the NetNg, the Ariwo Ko act was one of the few nominated celebrities present to receive their awards at the ceremony.

“Thank you very much guys, this means a lot to me. To everybody that voted for me, thank you,” Adekunle was quoted as saying in his acceptance speech.

While Facebook founder, Mark Zuckerberg was in Lagos last week, he met with some Nigerian entertainment personalities at an event organised by Afrinolly.

However Nollywood actress, Omotola Jalade-Ekeinde has expressed how she feels left out after not getting invited to the meeting with the the world’s 5th richest man.

She made this known via her Instagram on Sunday, September 4, 2016. 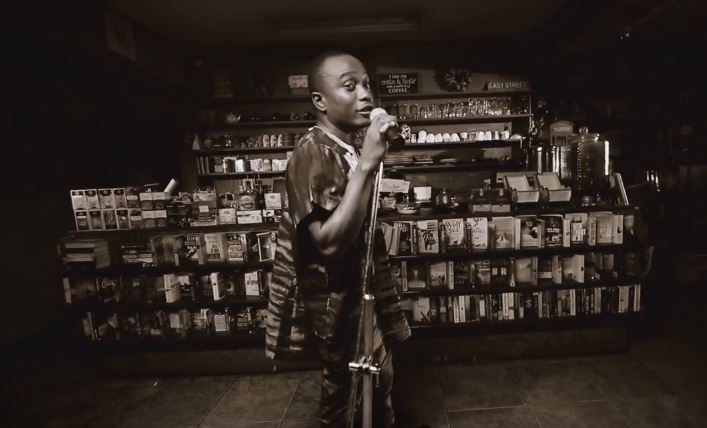 Brymo has dropped the video for his single Alajọ Ṣomolu off his recent album, Klĭtôrĭs.

The video – which was directed by cinematographer, Uche Chukwu was shot in Lagos.

Watch the video below:

Over the weekend, Drake released a new, 12-minute music video for his song Child’s Play.

The video features the Canadian artiste and an angry Tyra Banks getting into a heated argument while at dinner at a famous restaurant in the US called Cheese Cake Factory. The second half of the video sees Drake hit up a strip club for the rest of the evening

Watch the video for Child’s Play below: