An explosion on Monday ripped through a Pakistani hospital in the Balochistan provincial capital Quetta, leaving at least 45 people dead, officials said.

According to witnesses, tearful staff rushed towards the smoking blast site to help dozens of wounded persons.

A video footage also showed bodies of victims on the ground in pools of blood and shattered glass as shocked survivors cried and comforted one another.

AFP reporters on the scene said the blast came after about 200 people gathered at the Civil Hospital following the shooting of a senior local lawyer.

An AFP journalist said he was approximately 20 metres away when the explosion occurred.

“There were huge black clouds and dirt,” he said.

“I ran back to the place and saw dead bodies scattered everywhere and many injured people crying. There were pools and pools of blood around and pieces of human bodies and flesh.”

“Nurses and lawyers wept as medics from inside the hospital rushed out to help dozens of injured, he said.

“People were beating their heads, crying and mourning. They were in shock and grief.”

Pervez Masi, who was injured by pieces of flying glass, said the blast was so powerful that “we didn’t know what had happened”.

“So many friends were martyred,” he said. “Whoever is doing this is not human, he is beast and has no humanity.”

Police and officials have said the blast appeared to be a suicide attack but added they are still investigating.

“There are at least 45 confirmed dead and around 50 injured,” said Rehmat Saleh Baloch, health minister for Balochistan, updating earlier figures.

No group has claimed responsibility for the attack yet, but militant groups in the province have been targeting security forces.

The crowd, mainly lawyers and journalists, had gone to the hospital after the death of the president of the Balochistan Bar Association in a shooting earlier Monday, provincial home secretary Akbar Harifal told AFP.

Bilal Anwar Kasi was targeted by two unidentified gunmen as he left his home for work.

The military has been deployed in and around the city’s hospitals, Baloch said. 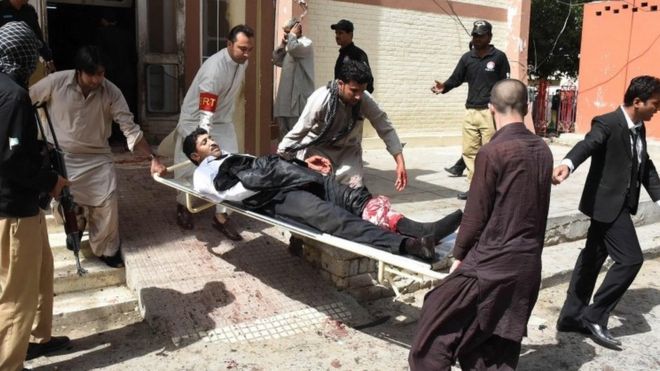 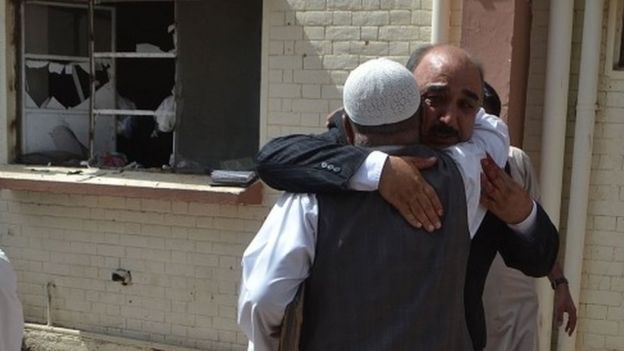 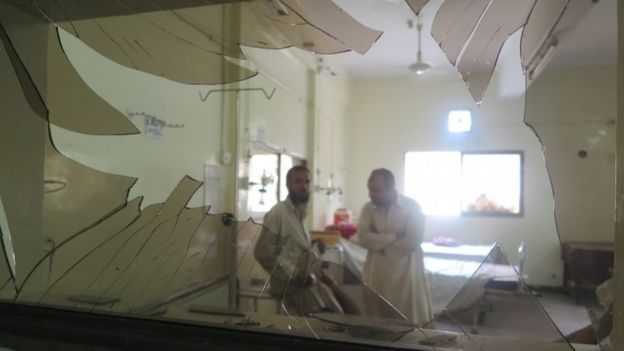 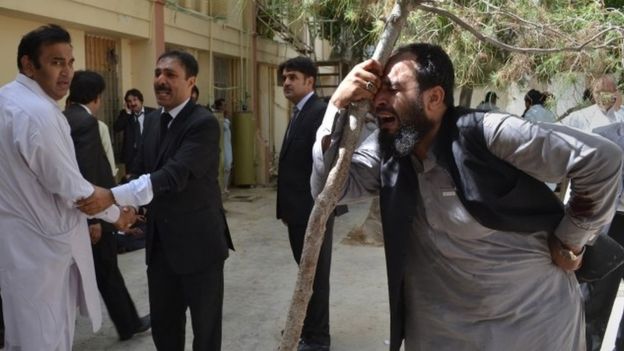 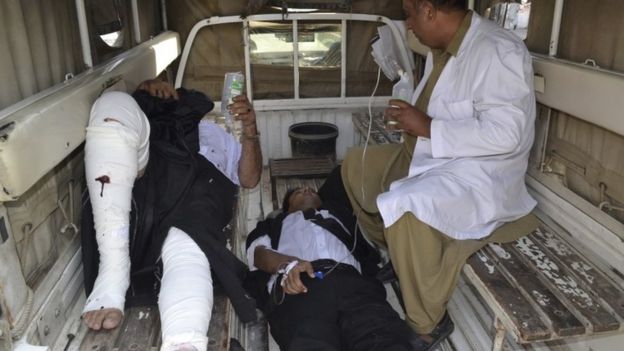