The Nollywood actress posted the picture of the female along with a stern warning for the ‘rich kid’ to stay away from her family.

Although she later took down the post, media outlets grabbed it before she deleted it.

Below is what she posted

We know these two are not too cool with each other especially with Linda exposing Wiz’s reported second babymama recently.

So when Wiz saw a chance to shade the popular blogger, he so took the opportunity. He shared the link on twitter to an opinion piece by Lagos lawyer, Olajide Akinola who wrote on the recent Linda Ikeji Hermes bag drama describing Linda as ‘suffering from poverty mentality’. He threw around banters about the story on snapchat.

Rihanna twerked up a storm at her 28th birthday bash last night in Beverly Hills.

The music star celebrated her 28th birthday on Saturday night at Via Alloro, an Italian restaurant in Beverly Hills.

Not even a doctor’s order which caused her to cancel her Grammy performance and some shows on the road could stop the ever ‘turnt’ Riri from partying this time around.

With her album ANTI going number 1 and her fashion collaboration with Puma helping the company clear their 4th quarter projections by $34.5 million, Riri went all the way.

From showing off her hefty glass of wine to twerking to Fetty Wap’s “My Way, the Barbados born star gave her snapchat followers a trove of a show.

Meanwhile, the full video of her Drake assisted single, Work, off the new album drops in later today.

Kelly turned 35 and Bey and Michelle came through to felicitate with her on the day. 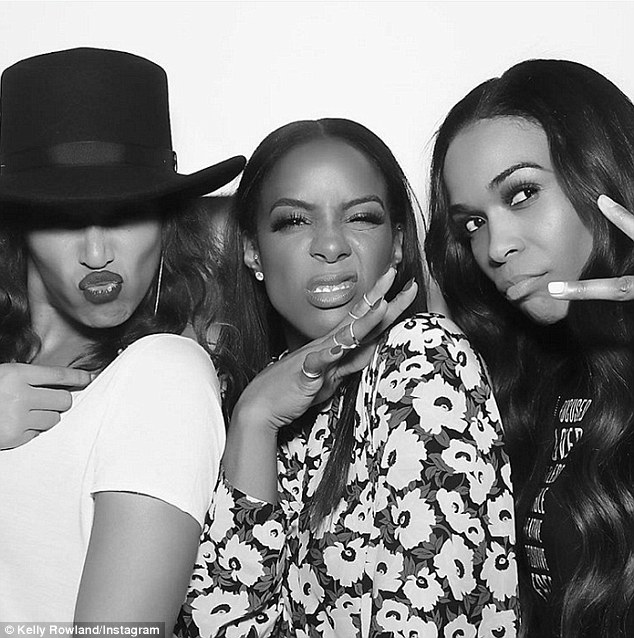